Presentation of the speakers and their subjects 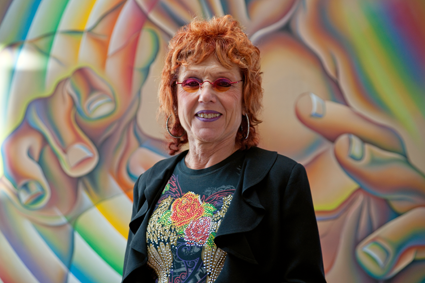 Judy Chicago in front of her artwork PowerPlay. Photo by Donald Woodman,
The celebrated artist Judy Chicago is the artist behind “The Dinner Party”, her iconic mixed media installation from 1979 and is a major work in modern art histroy. It has been on permanent view at the Brooklyn Museum since 2002. Read more of the history here. Chicago is recognized as a founding figure of the feminist art movement whose practice provided a model for bridging formal innovation and autobiographical content.
Andrew Perchuk (L.A) 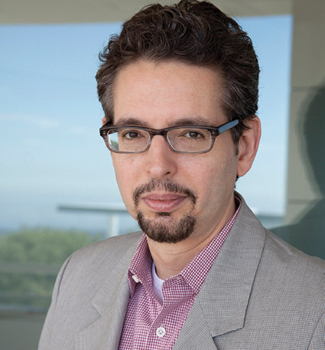 Noted art historian Andrew Perchuk will discuss Chicago’s significance and how things have changed for women artists since the 1970s. Perchuk is Deputy Director at the Getty Institute and was one of the organizers of “Pacific Standard Time: Art in L.A. 1945-1980.” 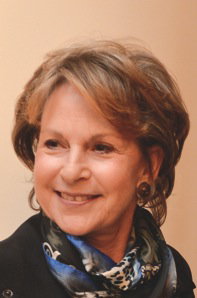 Elizabeth Sackler is the founder of the Elizabeth A. Sackler Center for Feminist Art at the Brooklyn Museum, a nexus for feminist art, theory and activism. The Sackler Centre is home to “The Dinner Party” by Judy Chicago. A public historian and social activist, Dr. Sackler lectures on ethics in the art market and the relationships of artits, art and the public good."New Forms: The World in a Different Order", the title of her lecture for The First Supper Symposium, will pin-point our proclivity as humans to live in denial and the requisite evolutionary revolution required for our survival (photo: Philip Greenberg). 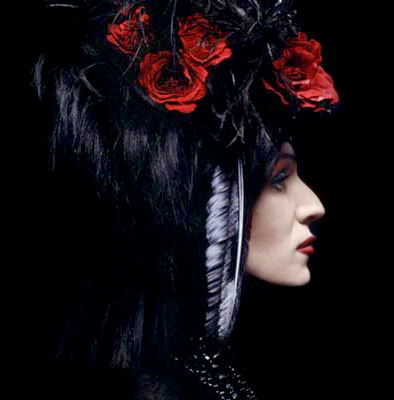 Internationally recognized art feminist curator and art critic Xabier Arakistain will discuss feminism and contemporary art. Arakistain was Director of the Centro Cultural Montehermoso Kulturunea in Spain, making it a pioneering institution in the development and application of feminist policies in the fields of contemporary art, thought and culture.
Prof. David McCarthy (US) 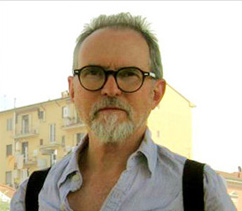 David McCarthy, a noted scholar of 20th century America art who is writing a book on artists’ opposition to war, will talk about women artists’ protest against the War on Terror. McCarthy is Professor of Art History at Rhodes College, Memphis, TN. 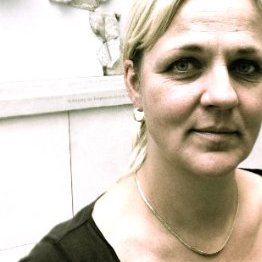 Norwegian video artist Lotte Konow Lund is using her conviction as a feminist in the role of the social commentator on behalf of Norwegian female artists. She will give a lecture about her work with Virginia Woolf’s essay “A Room of One's Own.”
A K Dolven (NO) 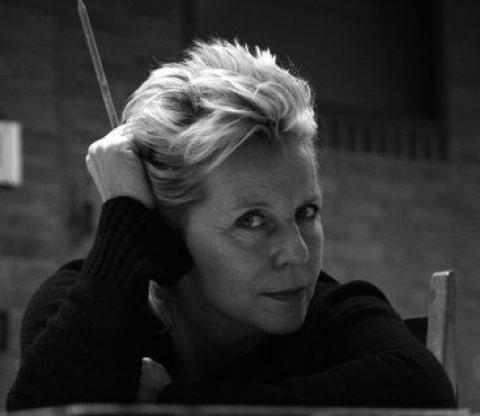 A K Dolven is a multi medial Norwegian artist living in London who have always had a strong feminist engagement. She works with video, painting, photography, installations and sound. A K Dolven has managed to create her own unique artistic expression on the basis of inspirations from certain art historic genres. 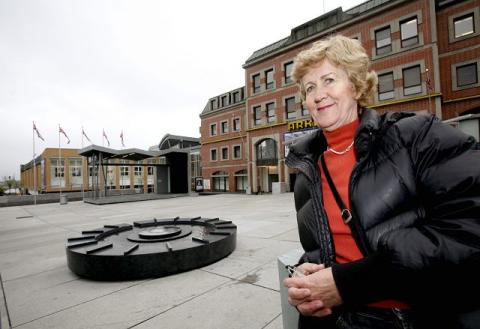 Renowned visual artist Wenche Gulbransen has been working on the female role in the Norwegian art world and focusing on gender inequality since the beginning of the eighties.
Kate Pendry (NO/GB)

Kate Pendry is a British artist who lives and works in Norway. She works in different media and has distinguished herself with confrontational works with a personal and political content. She is an experienced actor who visualizes the stories she tells through the use of sarcasm and black humor. She will give us her remarks and opinions on the status quo of the female voice in the art world. 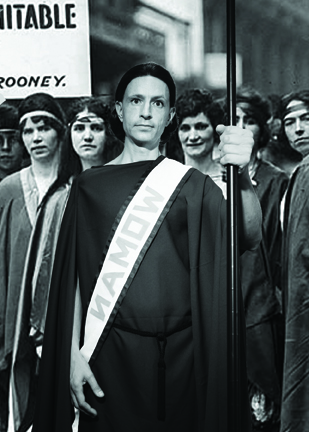 Ane Lan is the name of the project of Eivind Reierstad and his performance group. Ane Lan is examining the private and personal terms in history, through portraying silence, the unauthorized and the fragile. Lan often stages himself in different identities based on gender, race, religion or class. These impersonations always ask us how identity and power are constructed and structured, often through the idea of someone being different from "us". 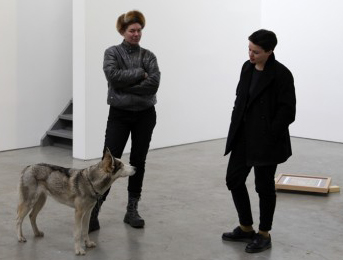 Frank, is an Oslo based platform, established to nurture art and critical discourse revolving around gender issues, desire and sexuality. The platform operates in different locations and with various co-curators. Their aim is to build a community and create discussions that address hegemonic structures in society. They recently curated the show Possessions at UKS. Liv Bugge and Sille Storihle currently run FRANK. 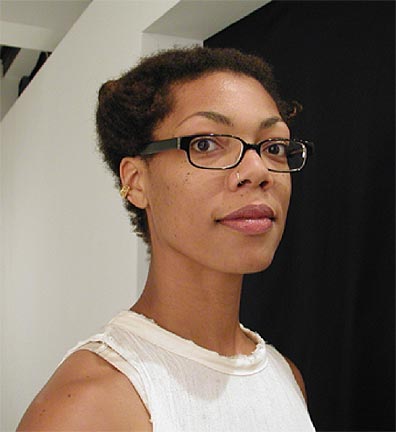 Camille Norment whos multi-media art engages the viewer as a physical and psychological participant through architectural, optical illusory, sonic, interactive environments and objects and drawings that are 'enlivened' by the presence of the viewer. Norment's current trajectory of work includes live performance as a mode of exploring the formal and cultural consonances and dissonances in music, freely collapsing given genre and aesthetic spectrums.

Geir Haraldseth has his education from the Center for Curatorial Studies in New York and Central Saint Martin’s in London and work as a curator and a writer. He has curated exhibitions in New York, Philadelphia, Sao Paulo and Oslo and has written for amongst others Acne Paper, Kunstkritikk, Billedkunst and Kaleidioskop. At the moment he is the manger at Rogaland Art Center. Geir will talk about gender and collective projects, both from a Norwegian and American perspective.

Natalie Hope O'Donnell, Norwegian curator. She studied Modern History and Politics at Jesus College, Oxford, and History of Art at the University of Oslo. She also holds a PGDL/LPC postgraduate degree in Law and graduated from the Royal College of Art with an MA in Curating Contemporary Art in 2008. She has extensive curatorial experience at established showrooms in London and now also in Norway. 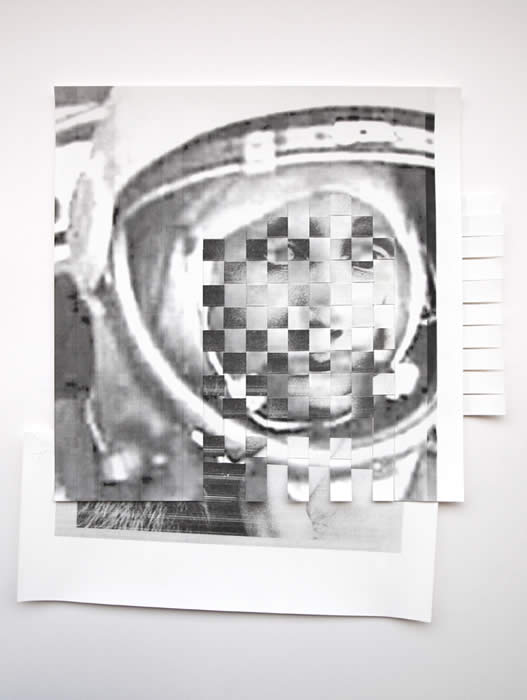 Eline McGeorge is an artist with a theoretical, political and visual engagement. Since the late 90s she has mainly work in London. Currently, she participates in the atelier program W17 at the Kunstnernes Hus, where she is working on a project that looks at gender balance in Oslo's arts scene. She will address this at the symposium. Her works often combine several different materials and references in collages, montages, drawings, sculpture, animation, text, publications, videos and more, often assembled as installations. 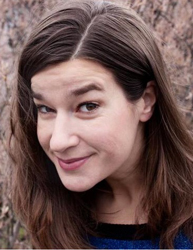 Hannah is a sociologist and PhD student at the Centre for Gender Research at the University of Oslo. She is a declared feminist and a active social commentator. She has also published the book "Generation Sex", where she discusses young girls that put out more or less stripped pictures of themselves online. In addition, she made her debut earlier this year as a dramatist at the National Theatre with the play "My sister". Hannah will be the host of the symposium.

Will Bradley (NO/GB)
Will Bradley is the artistic director of the Kunsthall Oslo who recently had the exhibition "Hold stenhårdt fast på greia di"; the first major exhibition of Norwegian art and women's rights from the 60s to the 80s. He will give a talk about this exhibition. Will Bradley is originally from Wales and took part in establishing the influential exhibition space The Modern Institute in Glasgow in 1997. He has been based in Oslo since 2007.